The project is carried out by an international group of Brown scholars, directed by an editorial board, and assisted by an advisory board of senior scholars. In addition, the project is supported by scholars and technology experts at the University of Central Florida and the University of Kansas. Special consultants will from time to time be invited to contribute their expertise.

The project is currently directed by: 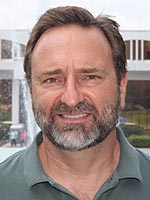 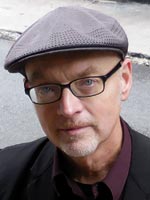 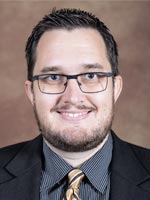 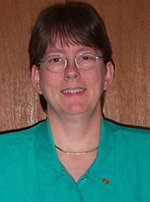 In earlier phases, the project relied on an editorial board guided by Fritz Fleischmann (Consulting Editor) and Brown scholars.

The advisory board consists of established Brown scholars; experts in early American literature, history, and culture; experienced editors; and leaders in the field of humanities computing.

Since the inception of the project in 1998, many people have generously contributed their energy, talents, time, and resources. Their participation has been invaluable. We list Will Dorner first because of his exceptional contributions to the project. Other past contributors follow in alphabetical order.

Will Dorner played a pivotal role in the archive's creation and management from its inception in 2009 to its completion in 2015. He was responsible for coding Brown's letter and poem manuscripts in TEI (Text Encoding Initiative) P5 and making TEI enhancements for 982 print documents as well as editing and integrating accompanying JPEG, PDF, and other images. In addition to document file management of primary source materials, extensive proofreading at various stages, and maintaining the archive's delivery platform (XTF), Will converted nearly 1,000 secondary bibliography records to TEI, and he used XSLT to refine display of archive search results. He implemented all NINES (Networked Infrastructure for Nineteenth-Century Electronic Scholarship) RDF metadata field requirements so the Brown archive content is interoperable with the NINES Collex interface and collections. Will also provided assistance over the years with NEH grant report preparation and submission.

By the time he initiated the CBB editorial project, Alfred was already retired from his position as Professor and Chair of the Department of American Studies at the University of Tübingen, Germany, which he had held from 1968 to 1990. Born in Berlin, Alfred started his academic career in Berlin and Tübingen, where he received his Ph.D. in 1953. After several years as a journalist, he held academic positions in Berlin and Heidelberg before assuming the chair in Tübingen. On his many visits to the United States, he held grants from the Fulbright Commission, the Ford Foundation, the American Council of Learned Societies, the Deutsche Forschungsgemeinschaft (German Research Association), and he held visiting professorships at SUNY Cortland, the University of Oregon, and the University of Northern Arizona. In addition to his pioneering work on C.B. Brown and the American short story, for which most of us know him, Alfred also wrote about 19th and 20th century English and American poetry (his dissertation was on T.S. Eliot), and on the relationship between literature and film. He was the founder of the German Film Archive for American Studies and directed an interdisciplinary research project on the history of documentary film in the United States.

After his last published essay appeared in 1997, Alfred spent the next eight years compiling a treasure trove of bibliographical and editorial materials that became the foundation of the current Charles Brockden Brown editorial and digital project. He never stopped working.

We will miss Alfred's genial presence and kindly company at our meetings. I will miss his wonderful “Berliner” voice on the telephone that never failed to send cheer and encouragement. It was a pleasure to know him, and a privilege to be his friend.